Solar panels are generally installed with the goal of reducing power bills in homes and businesses. However, even better results are possible when a solar power system is combined with other sensible energy efficiency measures. In this case, there are two amounts that get subtracted from your bill: the kilowatt-hour savings achieved by efficient appliances, and the clean power produced by solar panels. 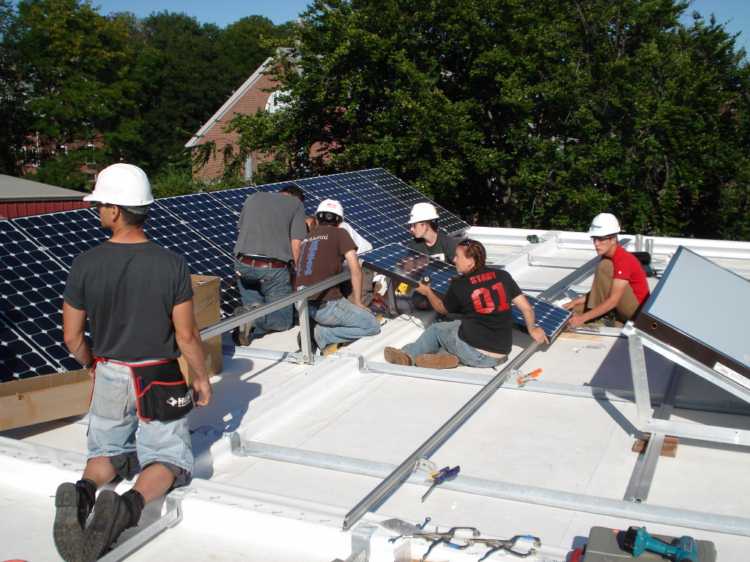 Keep in mind that solar panels don’t reduce the amount of electricity consumed by your property. They reduce the net consumption measured by the power meter, but your total energy usage remains the same.

For example, if a home uses 15,000 kWh per year and a rooftop solar system generates 9,000 kWh, the power meter will only register 6,000 kWh of net consumption. However, this doesn’t change the fact that the home is using 15,000 kWh.

When deciding to make the switch from conventional incandescent lighting to an Eco-friendly alternative, don’t limit yourself to CFLs or LED bulbs. Instead, consider using LED strip lights. They are an excellent choice for functionality, as well as for a variety of decorative uses.

And thanks to their overall durability and longevity, range of colors, and LED strip lights can be used almost anywhere. Here are more reasons why you should consider them:

Most LED light strips come with adhesive on the back that allows you to “peel and stick” them wherever you like to place the strips. 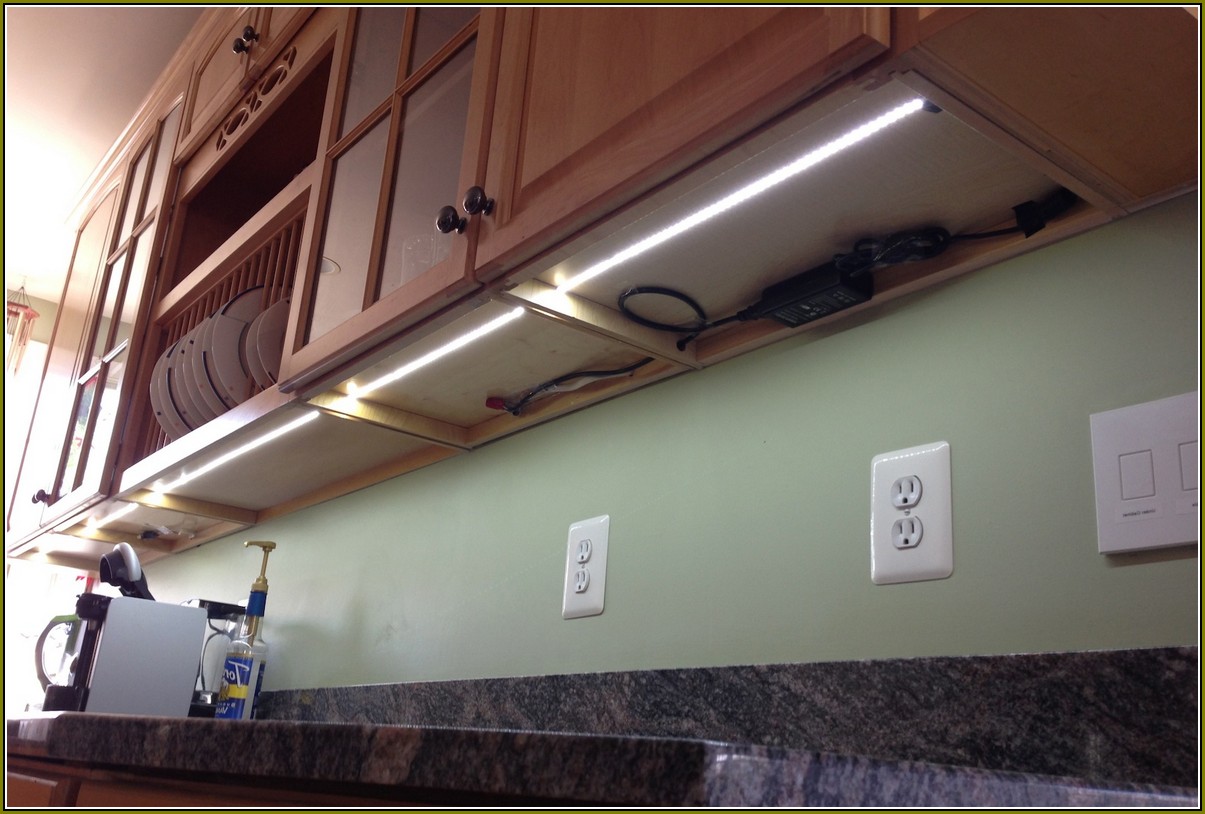 LED lights use up to 75 percent less energy than incandescent lights and up to 50 percent less than CFLs, making them a superior lighting source for energy efficiency.

The central feature of LED strip lights is their flexibility. Unlike bulbs, they can be attached to curved surfaces, corners or molded into almost any shape.

Unlike fluorescents, LED lights do not contain mercury or other harsh chemicals. Therefore, they don’t require special disposal or pose a health risk if dropped.

LED lights are built with durable components that are made to withstand harsh conditions. They are designed to hold up to heavy vibrations, outside elements and external impacts.

Although the initial cost of LED lights is more than their counterparts, their long-life, durability and energy-efficiency make them more cost effective.

If the sticker shock is still holding you back, LED light strips may be the best way to begin. Most will be less expensive than LED bulbs and a great way to see the value before making a complete switch. You will also save money on maintenance, tools and lighting fixtures.

LED lights can be recycled since they have no harsh chemicals. Plus, their longevity and low energy use make them the ideal solution to Eco-friendly lighting.

Conventional bulbs use 90 percent of their energy as heat and CFL’s use 80 percent, whereas LED’s stay completely cool. This makes LED’s excellent to use in children, pet and heat sensitive areas.

Strip LED lights are available in waterproof tubes or ribbons. They are excellent to use in fish tanks, on vehicles and in outdoor areas.

If you are considering replacing your existing incandescent light bulbs or CFLs with the newly available bright LED light bulbs such as the Phillips LED Dimmable Light Bulbd with Warm Glow Effect (800-Lumen, 2200-2700 Kelvin, 9.5-Watt, 60-Watt Equivalent), then it is a good idea to learn about pros and cons of each of these different types of lighting products. 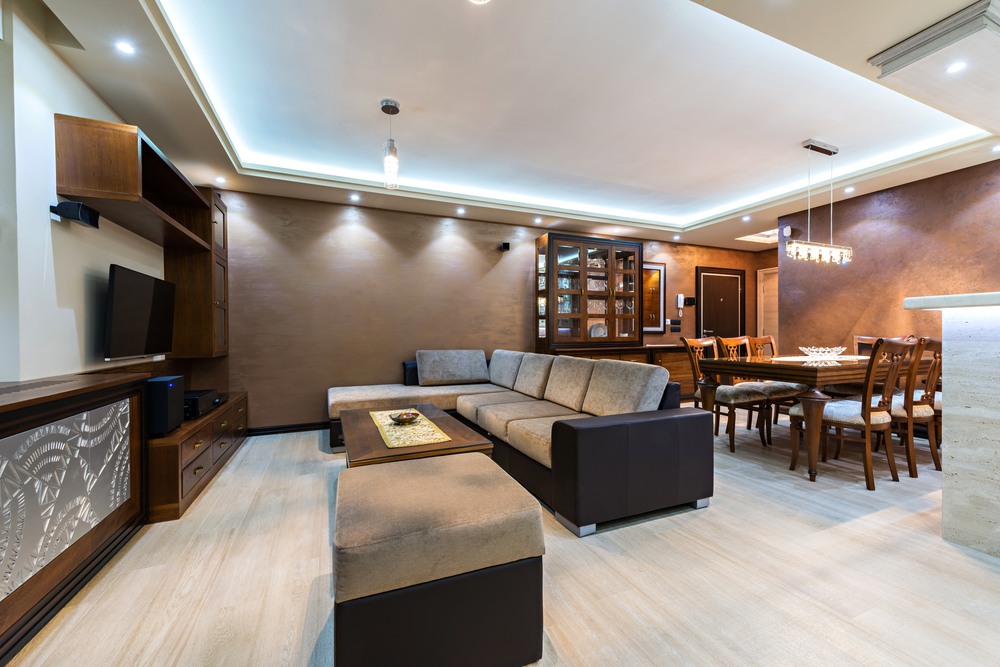 To start off, I would like to say that modern LED light bulbs can provide a reasonably good new light bulb replacement option. Without a doubt, LEDs offer a number of important benefits, but you may also find that CFLs, which you can now buy for under $1.00 a piece, may be more appropriate for your current situation.

What is LED Lighting? 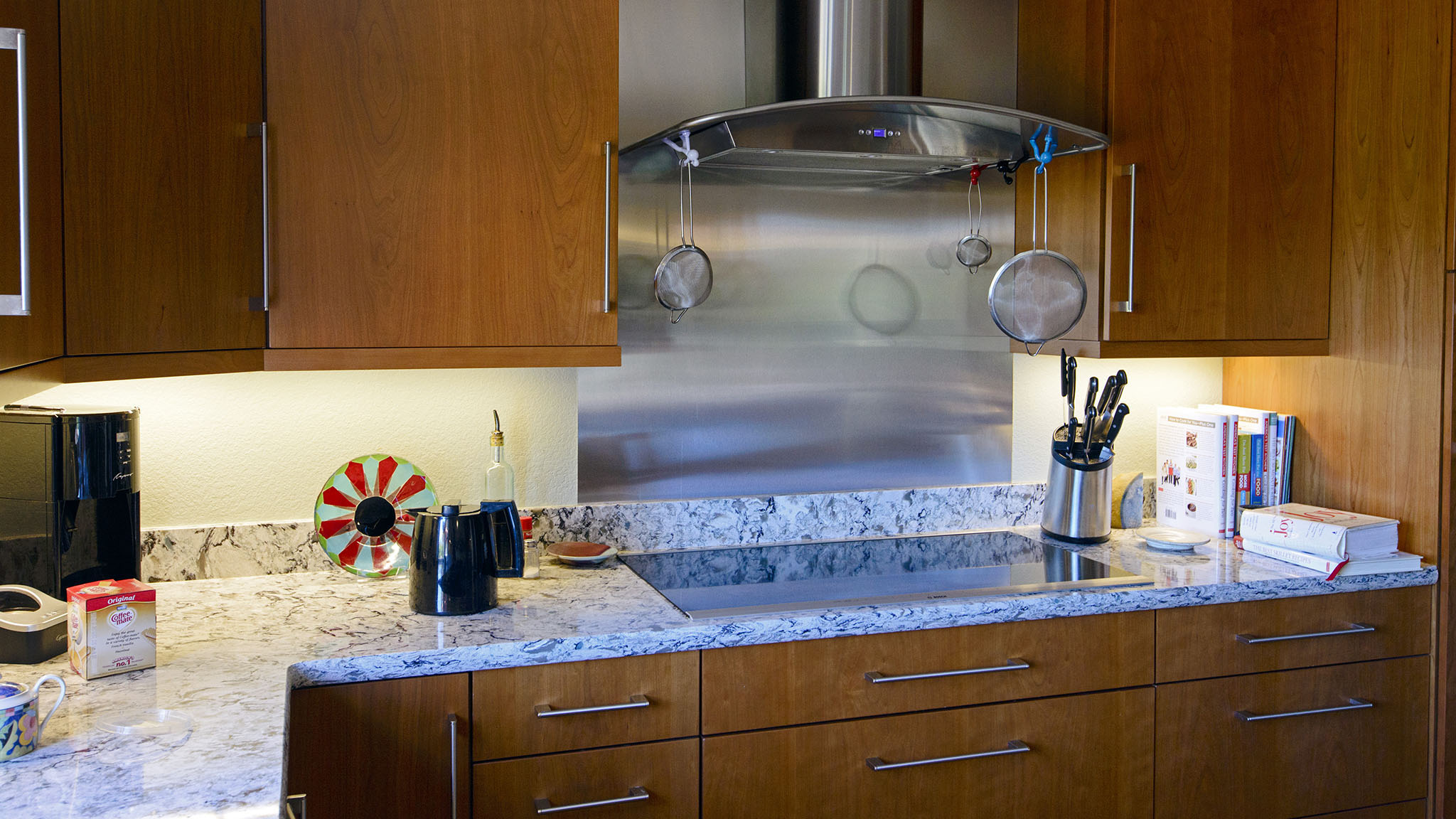 A LED or a Light Emitting Diode is a form of lighting that is becoming increasingly popular as an environmentally preferred source of lighting in both residential and commercial buildings. A LED is a type of semiconductor that can produce light through an affect known as electroluminescence.

LEDs are compact lights that do not contain filaments like incandescent bulbs, and which emit mostly light while producing very little heat as a by product of their operation. LEDs are typically small, sometimes measuring less than one millimeter square. LED lighting can take a number of different forms, using various lenses to create different lighting effects by manipulating how the light radiates and disperses.

The earliest LEDs, which were produced during the 1960s, were only capable of emitting red light, and they were typically only used as indicator lights incapable of producing enough light to light up the space. LED lights of different colors such as yellow were later obtained. Early LEDs were mainly used only as indicators in calculators, and scientific instruments, and TV remotes, and as indicator lights in automobiles and in airplanes.

A significant technological breakthrough of 1995, resulted in a bright white LED light bulb capable of lighting up the space with a light that was of adequate intensity and reasonably close to white/natural light.

Modern LEDs can produce light of all different colors (wave lengths of the color spectrum), including visible, ultraviolet and infrared light. The brightness and efficiency of LEDs has been improved significantly with the advancements in technological development of LEDs. Thus, modern LEDs are now being used not only as indicators for displays, but also as a lighting source in our homes and commercial/institutional buildings.

Goals and Objectives of this guide:

In this guide, I will explain advantages and benefits of LEDs, and I will try to highlight all known to me potential negatives and disadvantages of LED lighting in order to help you the consumer, make a more informed/smarter buying decision. I will also offer some advice on choosing the right types of home LED lights, and tell how you can evaluate and compare the quality of light produced by LEDs with the light you are used to getting from your normal light bulbs. 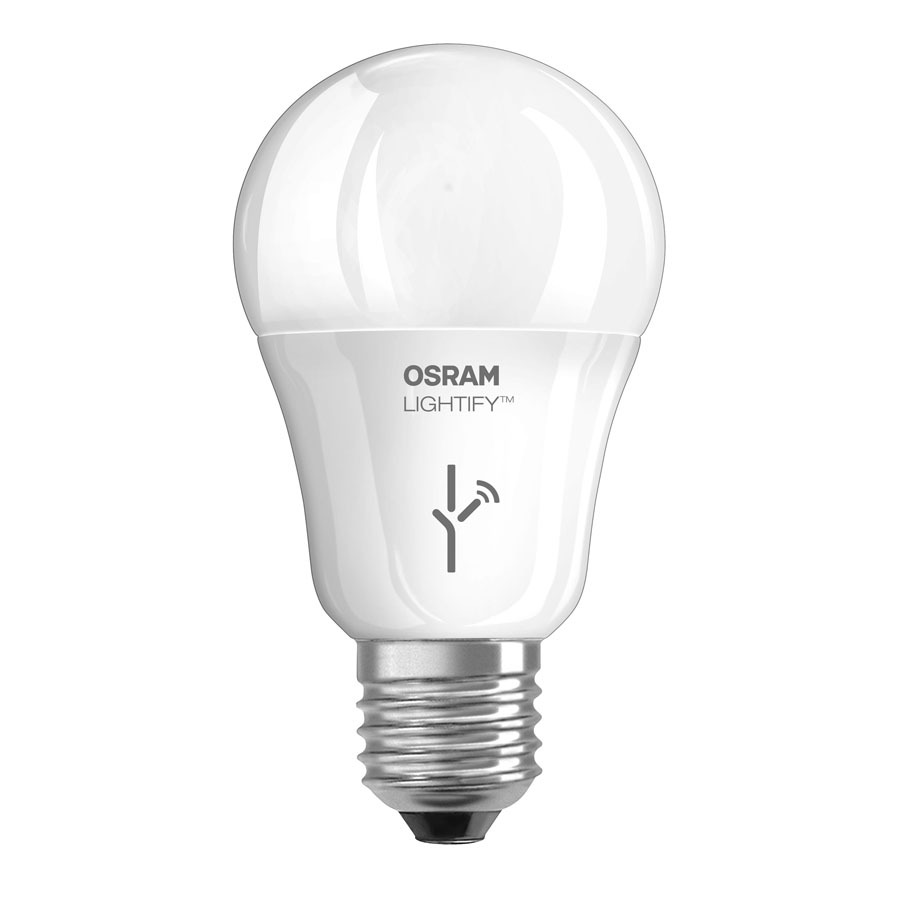 When bright home LED lights first became available to consumers, they used to average $100.00 per bulb, but now that the initial hype has faded, and with a growing number of prominent LED lighting manufacturers competing for consumers, prices of LEDs have gone down to an average of $5 – $15 for a dimmable LED light bulb ranging from 60 to 100 watt of light equivalent produced.

For instance, you can now buy a 60 watt equivalent, soft light dimmable led bulb by Cylvania at Lowe’s for under $10! 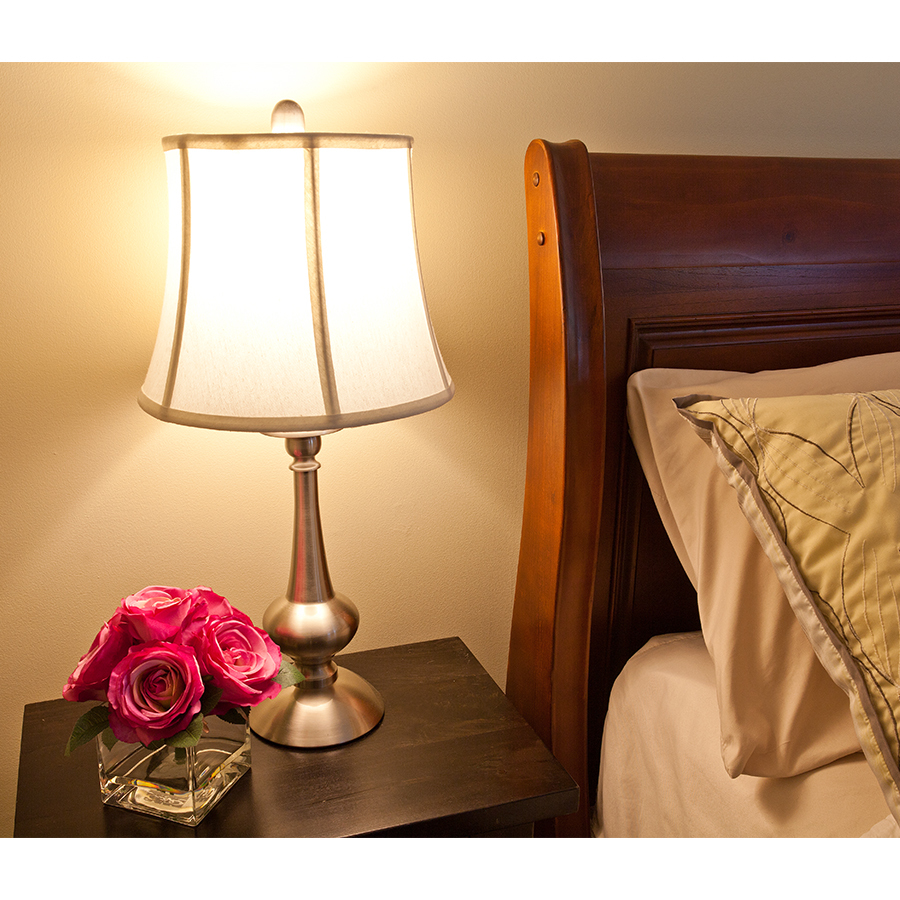 Despite more than triple lowering of prices of LEDs in the recent years, the higher current initial cost of LEDs are still likely to deter some consumers from purchasing home LED replacement bulbs in great numbers at this point in time. Thus, relatively high current cost of LEDs can be considered the greatest disadvantage of LEDs from the point of view of the regular consumer.

On the upside, you should remember that by investing in LEDs now, you will not have to worry about the cost of maintaining and replacing your led light bulbs in the next 10 to 25 years. If you add up all the energy savings from using LED lights to light your home, you will be able to recover your all your money in just a few years. Still, Shelling out over $100.00 in one visit to a lighting store may be too much for some people to swallow.

You can always play the waiting game, though, since the prices of LEDs are expected to keep dropping at the range of 10% to 15% percent per year. As the LED lighting technology advances, LED lighting manufacturers keep lowering the cost of their products in order to stay competitive.

This competition will ultimately benefit consumers who will get a variety of great LED light products at some very attractive prices. My best recommendation is that you wait a few years, and when the prices of LEDs fall significantly, you will be able to get yourself a real bargain for your hard earned money!

In the mean time, you can replace your existing incandescent light bulbs with spiral shaped CFLs that you can get for around 1 buck, and you will be able reduce your lighting energy consumption by approximately 75%. And, when the time comes to replace your CFLs, you will be able to pick some high quality home LED lights for a very attractive price.